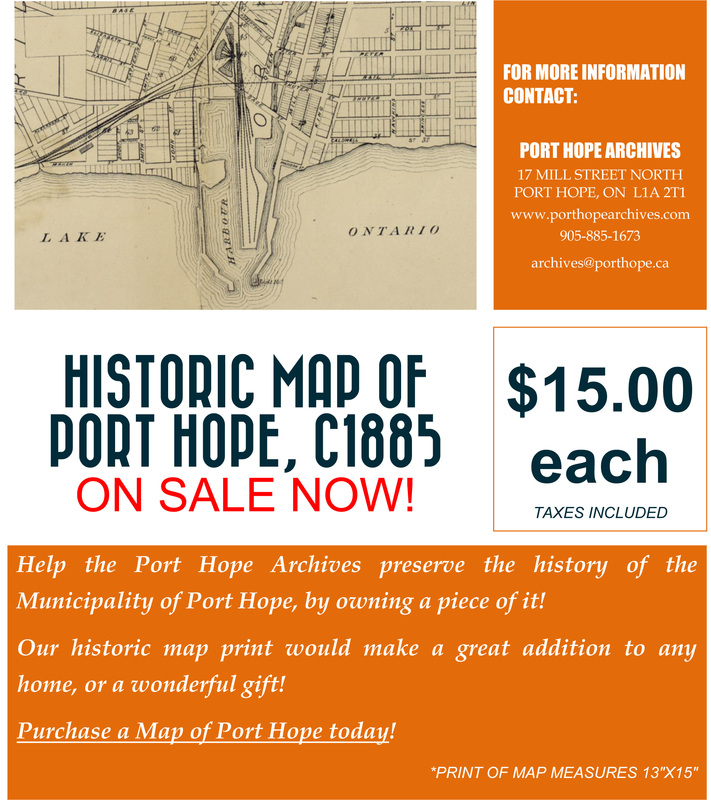 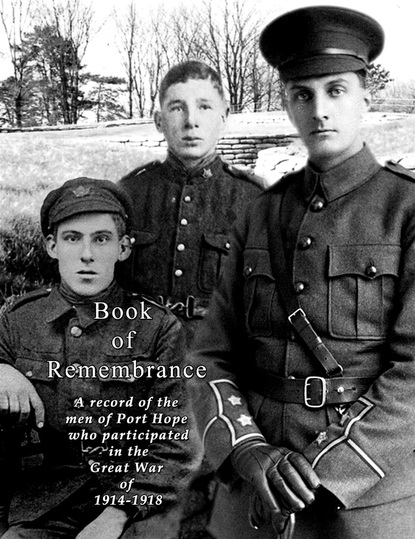 The Book of Remembrance is the account of Port Hope, Ontario’s contribution to the Great War of 1914-1918. The original booklet was compiled in 1919 as a tribute to the sixty-five men of Port Hope and vicinity who died in the Great War. The Book of Remembrance was then, as it is now, the town’s attempt to remember the fallen men as personalities and not just as names on the cenotaph. It is also a record of how the people of a small town joined together to support “their boys” overseas.

Only two copies of the book were produced in 1919. This is the first time the Book of Remembrance has been reprinted and now includes the names of all of Port Hope’s soldiers along with their photographs. This special edition also includes letters from the front as published in the Port Hope Evening Guide and photographs from the collection of the Port Hope Archives.

The Book of Remembrance is a snapshot of rural Ontario’s contribution to “the war to end all wars” and a lasting tribute to those who paid the price for peace.

﻿﻿The Military Contributions of a Small Town: Port Hope, ON﻿﻿ 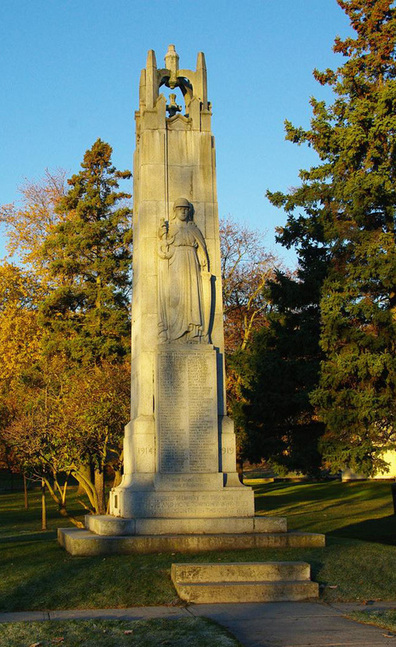 Port Hope Cenotaph (Board Member, PHA, 2011)
From the original introduction: "In January 2001, with the help of Vernon White and Mike Lewis, I began to amass data on the careers of Port Hope RCAF veterans.  As this study grew, so did the desire to not only include all WWII veterans, but the veterans of all wars that had affected Port Hope.  I was pleased to receive willing help from Enid Sweanor, Dorothy Harcourt, Ted Fulford, and Frank Foote.

A request to the Port Hope Branch of the Royal Canadian Legion brought forth a bundle of data from Patricia Honey and Harold Wakely.  Peter and Barbara Bolton contributed and Barbara Trumper became a major sleuth in ferreting out data on hundreds of veterans.

While this study concentrates on those who served in the fighting forces, we cannot overlook the parents, wives, and siblings who were left behind.  Not only did they have the anguish of worry over their departed warriors, but endured shortages, greatly increased workloads, and crippling taxes.

So, this presentation is merely the start of a major project . . ."  - George Sweanor

"The Military Contributions of a Small Town - Port Hope, ON" as compiled by George Sweanor, click here for more information.